skip to main | skip to sidebar

THE ARTFUL ANTICS OF BABE HARDY

Been some time, huh?

With this post I again make the assertion that Oliver Hardy was a star comedian before his teaming with Stan Laurel.  Certainly not a major star but he did have his own series for a time with Vim around late 1916 into early 1917, and also starred in his own comic page in the Kinema Comic magazine published in the United Kingdom.  THE ARTFUL ANTICS OF BABE HARDY first appeared July 17, 1920 during the latter part of Babe's tenure with Jimmy Aubrey and ran just short of a year with the last appearance of the page published on June 25, 1921.  Here are the first two installments, with more to come: 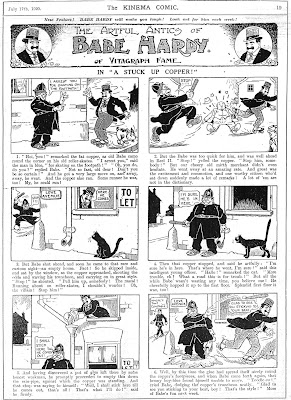 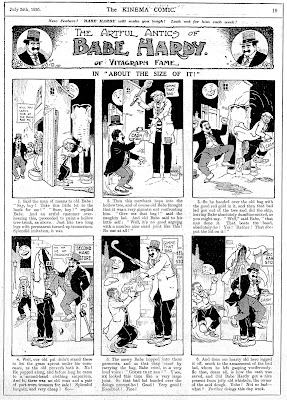 Links to other Laurel & Hardy sites